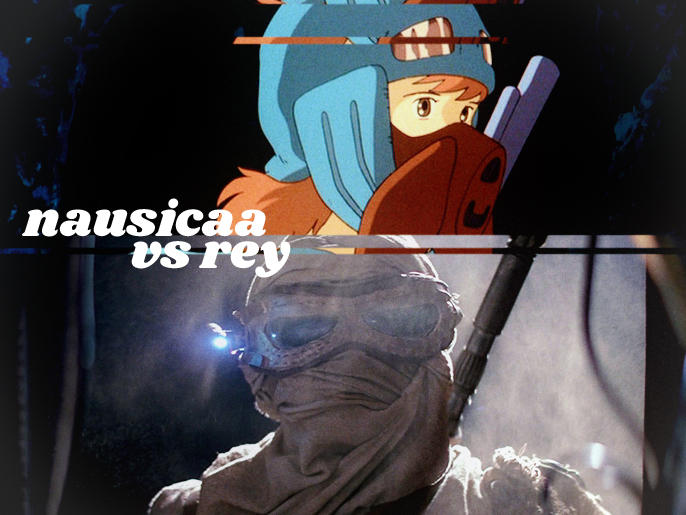 When I first watched The Force Awakens in the theater, I was distracted for the first part of the movie by how strongly the scene in which we meet Rey, our heroine, so closely recalled a scene from a childhood favorite film of mine, Nausicaa of the Valley of the Wind. Movie homages, callbacks, and inspiration are hardly a new thing. But something about this particular inspiration tickled me – probably due to the fact that Nausicaa is one of my all-time favorite films, and has been since I was a little girl. So for The Force Awakens to emulate this scene when we first meet Rey, it immediately warmed me to her. Nausicaa is one of my favorite characters of all time, so if Rey was supposed to be like her, then I’d probably love Rey. It turned out that I did love Rey anyway, regardless of this homage, but it certainly didn’t hurt. And in my opinion, I do think Rey is somewhat Nausicaa-like. A bit naive, sees the good in everyone, willing to fight for what’s right. Rey is her own character, but she’s in the vein of Nausicaa.

After this scene, the two movies diverge pretty steadfastly, and as we know, TFA ends up more of a retelling of A New Hope than any other movie. There are very little other threads of Nausicaa in TFA, or at least, none that jumped out at me personally. But this scene showcases a few similarities between Nausicaa and Rey, as well as just some similar shots, frames, styling and subject choices.

Could this have been an entirely huge coincidence? Sure. Do I think it was? Nah. Someone had to have been a fan of Nausicaa, and while my googling couldn’t lead me to any real answers, I’m content to think that yes, this is an homage. Keep in mind I don’t think this devalues TFA at all. Homages are standard in film and it’s best when done in a sense that’s a nod to previous work which inspired the current one.

So without further ado, some visual comparisons: 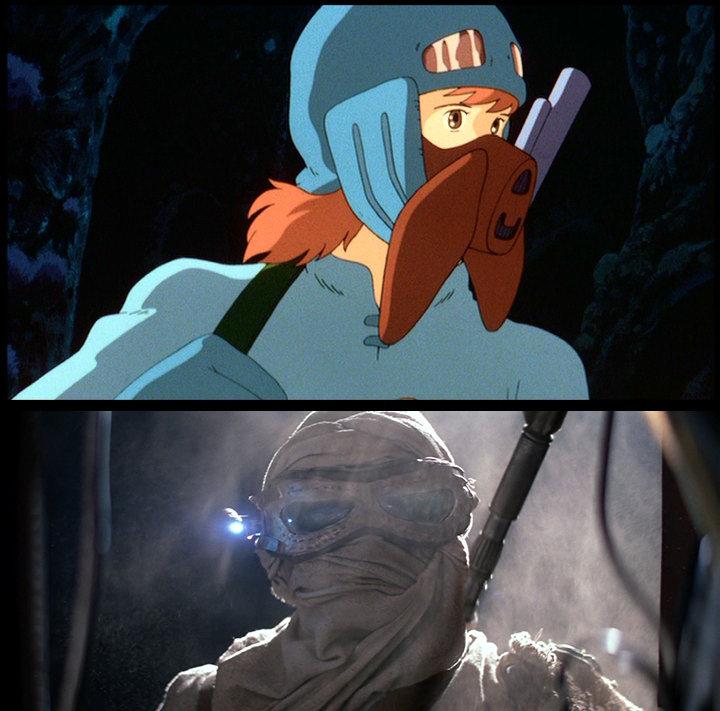 A close-up on our heroine, done up in desert gear. Eye protection, mouth protection. Thick leather strap to keep her staff-like weapon close. (Of course, Nausicaa’s is actually a gun but, the imagery is there.) 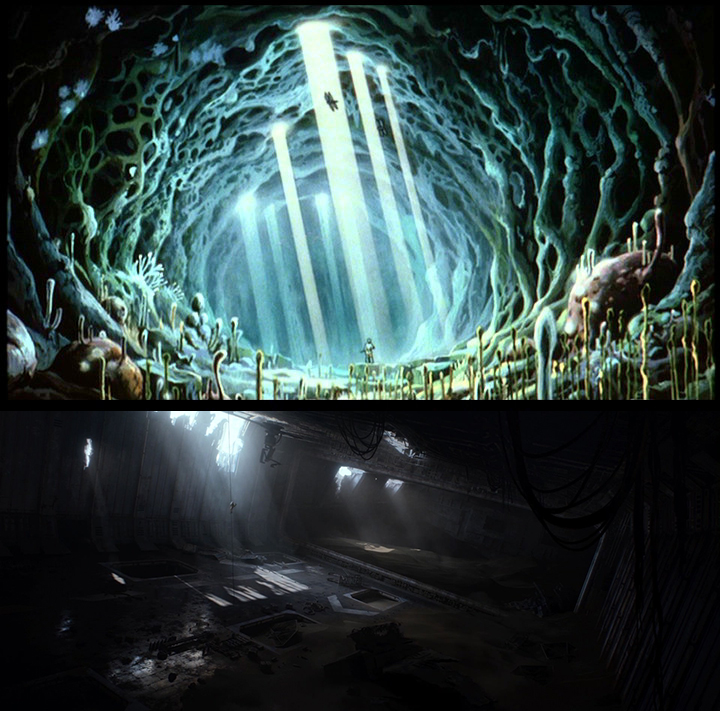 Wide shots inside a large, empty, cavern-like interior. Shafts of light from openings in the ceiling. Our heroine small and off-center in the shot, dwarfed by her surroundings, passing through a sunbeam. 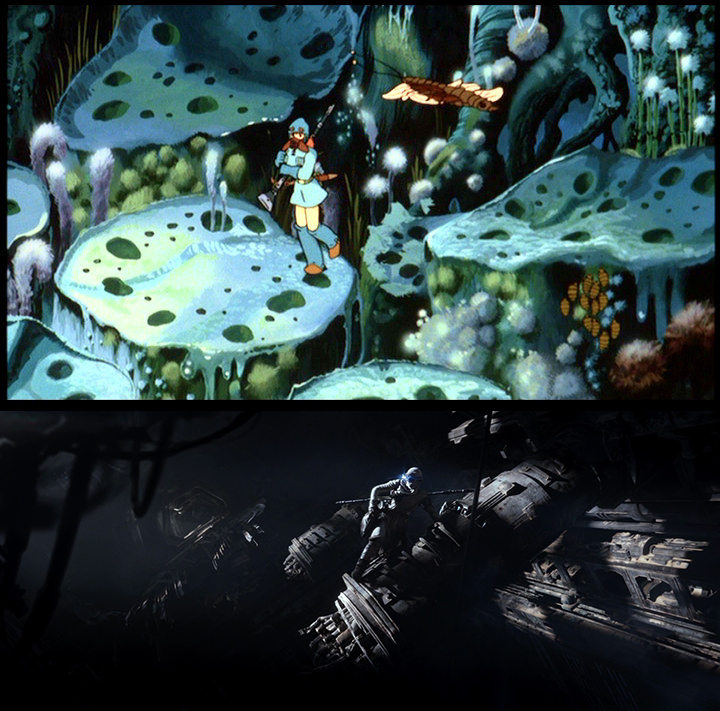 Hopping around, making her pilgrimage through the interior of the caverns. We do not yet know her mission or destination, though it’s obvious from her sure-footed steps that this is a journey she has made before. 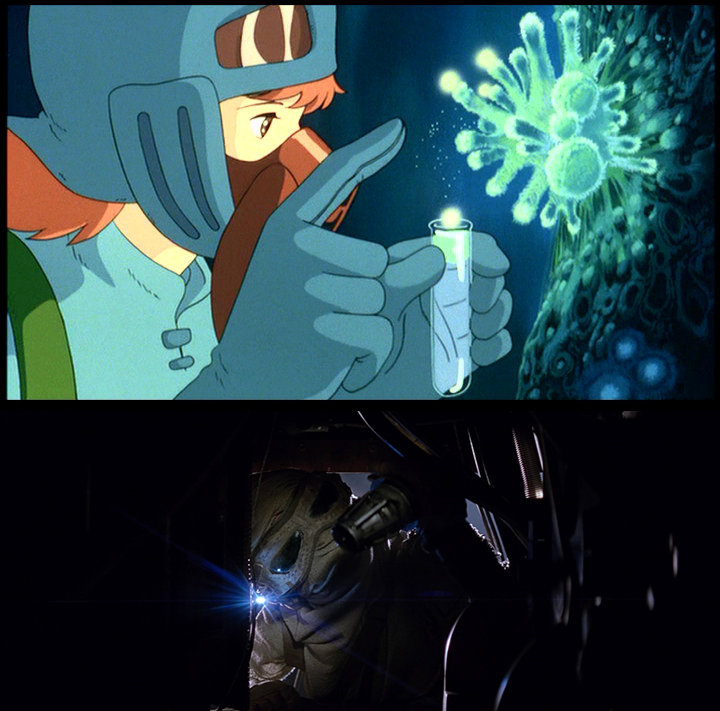 She finds something that attracts her interest. Tinkers with and collects it. Stashes away her goodies for later examination. 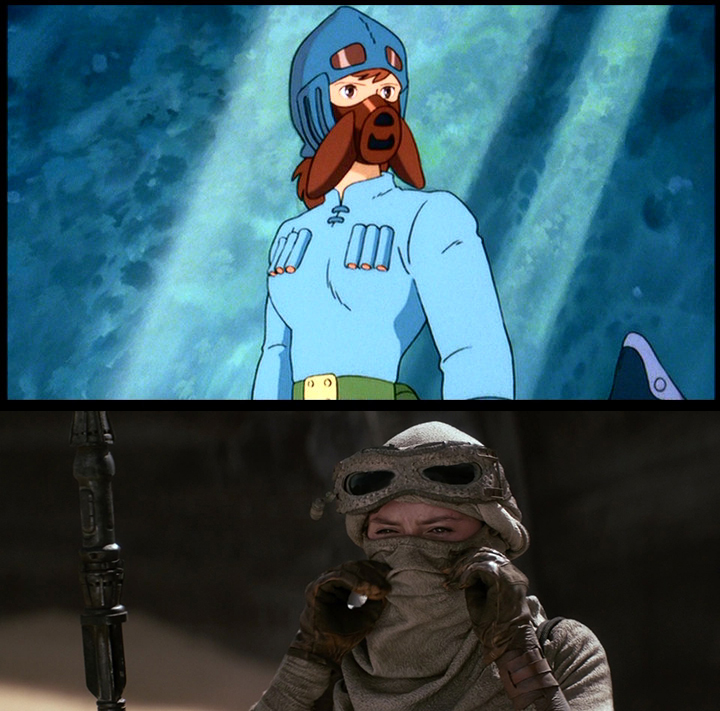 Concern, deep in thought, staring into the distance. Watch out, the plot is coming! 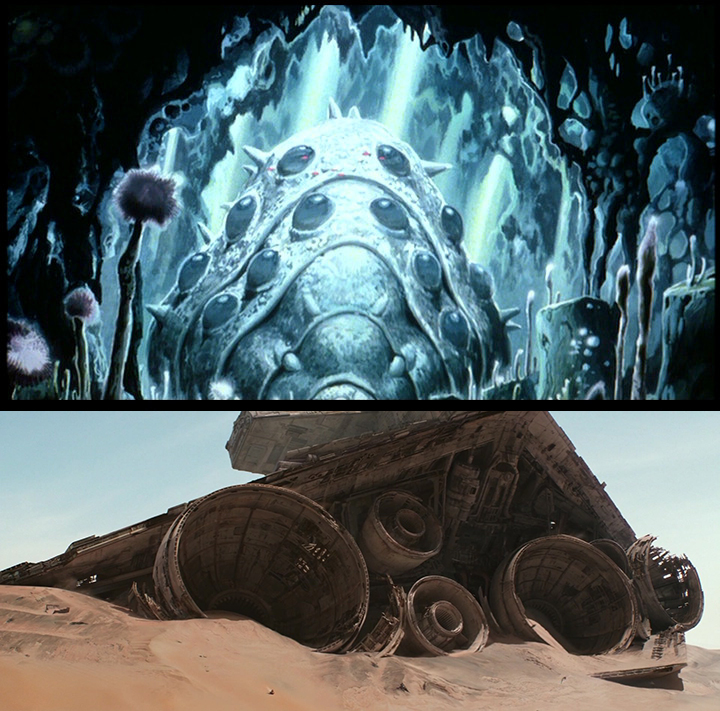 Wide shot as our heroine leaves behind a skeleton of past monsters (soon to make an appearance in her life again). 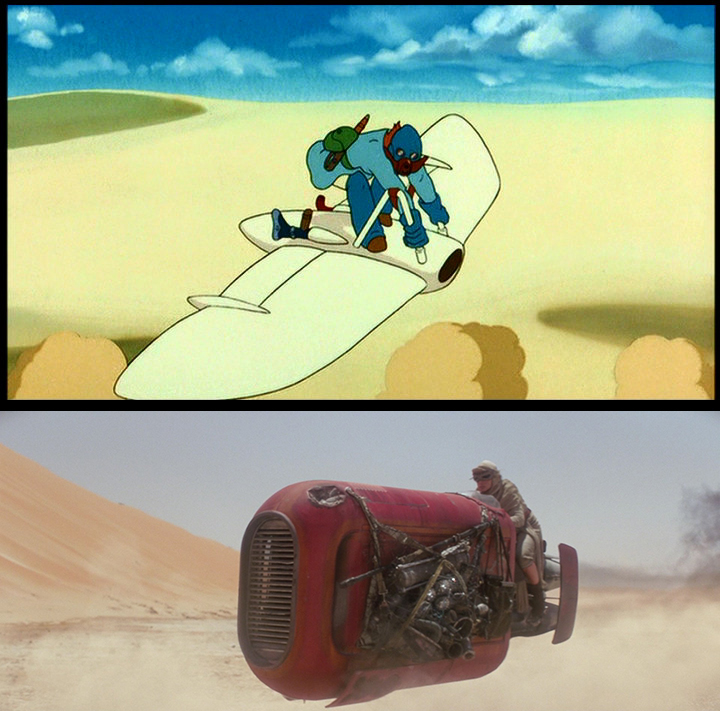 Our heroine mounts her trusty mechanical steed, weapon stashed and eye protection down.. 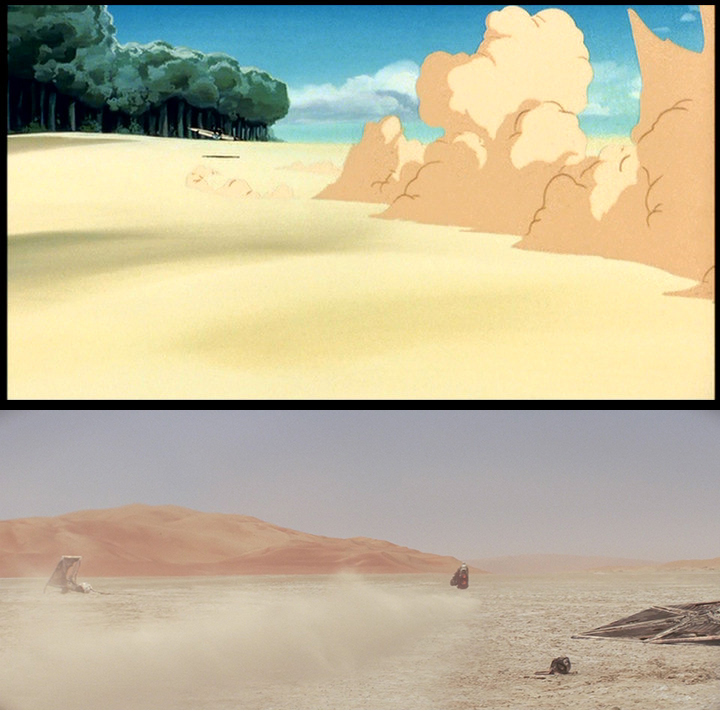 ..and flies off, leaving the viewer in the dust. 🙂